By Danielle Rossingh, for CNN

(CNN)Britain’s Ben Maher and his horse Explosion W rode into the vast arena of the Club de Campo Madrid to the loud tunes of Queen’s “We Will Rock You.”

Just 37.73 seconds later, Maher silenced the boisterous crowd as he produced a clear round to win the jump-off and claim a second big victory of the day, on this occasion in the Longines Global Champions Tour (LGCT) for the world’s top show jumpers.
“My horse is just incredible,” Maher told LGCT television after he outpaced joint leaders Eduardo Alvarez Aznar of Spain and Belgium’s Nicola Philippaerts.
His victory in Madrid means he has booked a spot in the inaugural Longines Super Grand Prix in Prague at the end of the season.
“I have a lot to thank for riding a horse like that,” said Maher, who had helped his team London Knights win the Longines Global Champions League event earlier in the day.

As dusk fell at the vast arena in Madrid, Maher entered as the last rider in the LGCT jump-off, which was set by course designer Santiago Varela Ullastres.
The LGCT is an individual competition, while the GCL is contested between teams.
Although Maher started Explosion off calmly, he managed to pull off the win by taking a calculated risk: taking a stride out on the last fence, a huge oxer that had caused two-time overall winner Edwina Tops-Alexander and California problems earlier.
“He’s still a young horse, he still has to learn,” said Maher. “He’s naturally very fast. I had my plan to catch the second-last fence going…which didn’t actually go according to plan, I nearly changed my mind, but really an incredible horse and exciting to ride.” 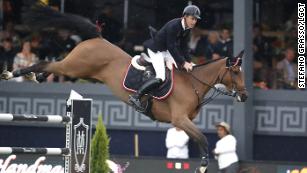 Scott Brash remains the overall leader
After four legs of the 16-leg LGCT competition, Maher is lying in second place in the overall standings with 103 points. Britain’s Scott Brash, who finished fifth in Madrid, remains the overall leader with 131 points while Australia’s Tops-Alexander is third with 100 points.
Both Brash and Tops-Alexander are trying to become the first rider to win the LGCT three times.
READ: Smolders crowned 2017 LGCT champion

Earlier in the day, London Knights started the European leg of the GCL with a bang as the scarlet-suited Maher and Philippaerts produced a double clear on the second day of the team competition to knock the overnight leaders Shanghai Swans off the top of the leaderboard. 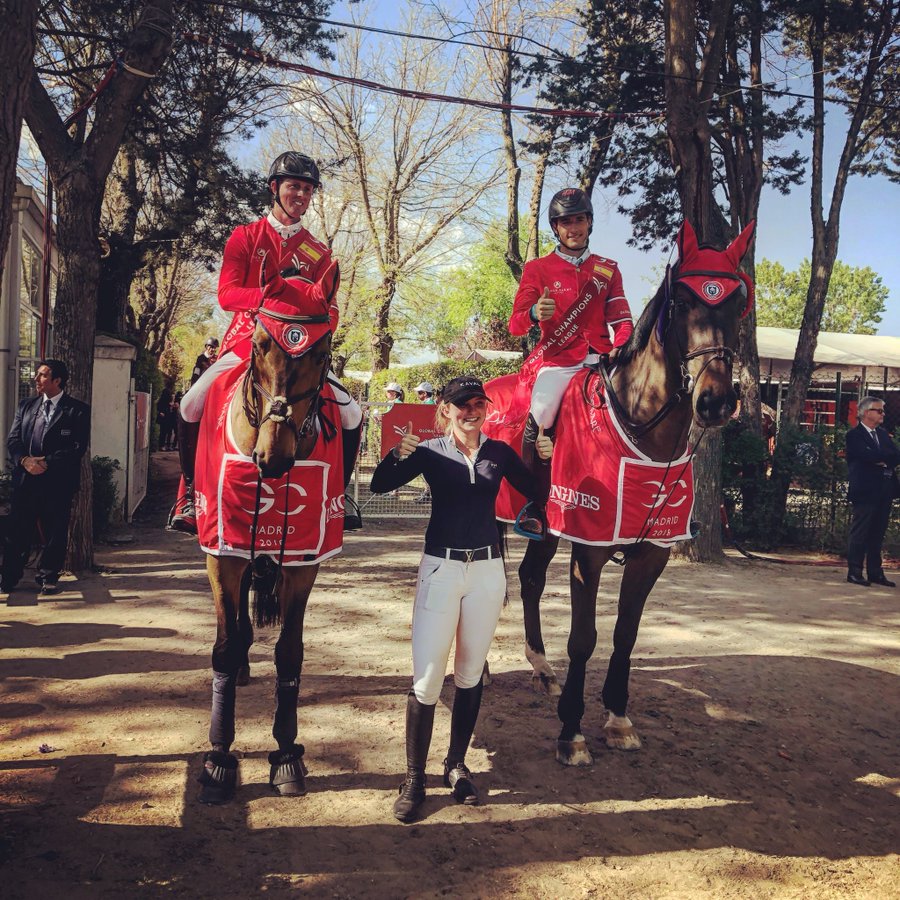 Twitter Ads info and privacy
Two weeks ago in Shanghai, the Knights had beaten Monaco Aces by just 27 hundredths of a second.
This time round, the Knights played a strategic game, with Under-25 rider Emily Moffitt competing on the first day alongside Maher, while the more experienced Philippaerts was brought in on the second day.
With the top 16 teams this season qualifying for the inaugural Global Champions Play Offs in Prague in December, which boasts a record prize purse of $10m, including $3m for the winning team, every point counts.
Their second consecutive victory means the London Knights have extended their lead in the overall standings to 92 points, followed by Valkenswaard United with 76 points and Berlin Eagles with 65 points.
READ: Wathelet wins in Shanghai

“Had a little bit of a dry spell for a couple of years but very thankful for the horses that I get ride right now,” said Maher, who had finish second in the LGCT in Shanghai last month. “Last couple of weeks, we are riding off good form and confident and really enjoying such great sport.”
After stops in Mexico City, Miami Beach and Shanghai, Madrid is the first of 12 European stops on the Global Champions circuit.
Visit CNN.com/sport/equestrian for more news and features
The next leg takes place in Hamburg, Germany between May 10 and 12.

There has been a problem with your Instagram Feed.