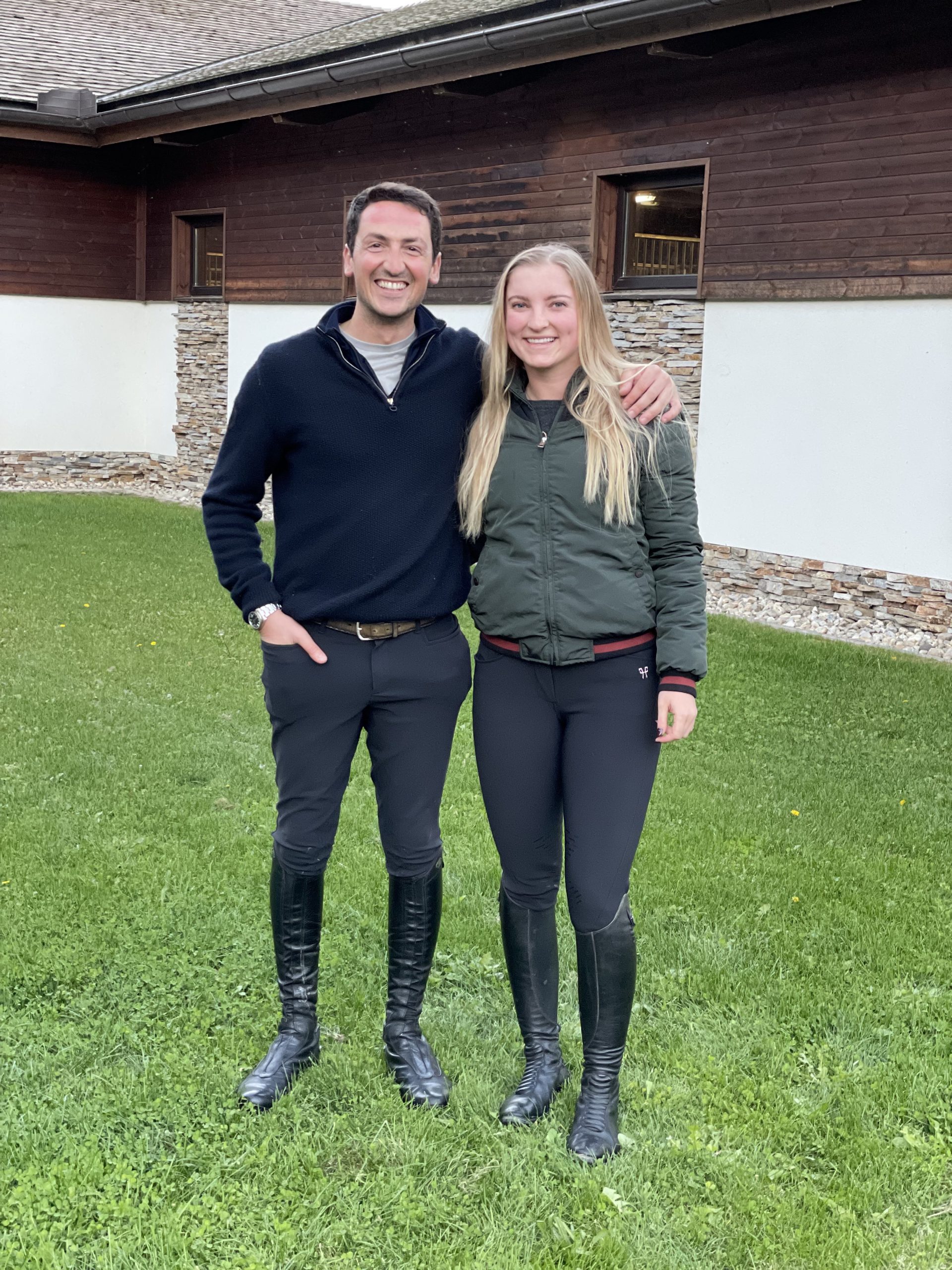 Team GB starlet Emily Moffitt, 23, has appointed “perfect match” Italian showjumper Lorenzo de Luca to take her to the next level with her sights fixed on the Paris 2024 Olympic Games.

De Luca, 33, will give extensive training support to Emily and replaces Olympic gold medallist Ben Maher, 38, who has worked with Emily and Poden Farms for the last five years.

“It has been an incredible journey and a privilege to work with Ben for the last five years,” said Emily.

“I now believe I am at a critical point in my development as a rider, and Lorenzo will be able to provide both his vast experience as a rider and substantial training time in the UK so I can achieve my goals.”

Emily’s father Neil Moffitt, who owns Poden Farms, said: “I would like to thank Ben for all his work  and achievements with Emily. It has also been a pleasure to see him develop into an Olympic gold medallist alongside Poden Farms prodigy Explosion W.

“It is now time for a new beginning and Lorenzo’s appointment will help take Emily and Poden Farms to the next level.  He comes with a formidable record not just as a rider but also for successfully producing young horses.  I believe he is the perfect match for the Farm and for Emily.”

Emily began training with Ben Maher in 2016 at the age of 17.  Within the first few months of their partnership, Emily stepped up to the 5* level and attained tremendous success as a young rider.  In 2017 Emily switched from the USA to Team GB and made her first appearance with Ben on the senior team that spring.  She went on to win a gold medal with Team GB at the 2017 European Championship for Young Riders.

Since then Emily has been a member of the victorious Team GB which won the Aga Khan Trophy in Dublin 2019, where she produced a double clear round with Winning Good. She was shortlisted for the Tokyo Olympics and made her first appearance at the European Championships in September where she qualified for the finals.  Two weeks ago at the Nations Cup Finals in Barcelona her clear round helped Team GB win the Challenge Cup.

Emily’s worldwide appearances for The London Knights, on which she and Ben were teammates, have helped secure the Global Champions League win two years in a row in 2018 and 2019.

Ben said: “I have enjoyed being a part of Emily’s successful journey over the past five years, progressing from Junior to Senior Championships. I’m proud to have been a part of her team and accomplishments and wish her every success for the future.”

Lorenzo de Luca reached No 2 in the EIS Longines rankings in 2017 with Halifax van het Kluizebos and is a regular in the Italian Nations Cup team.

He has competed in three World Equestrian Games, taking 7th place in Tryon, North Carolina in 2018.  He has won many major 5* Grand Prix including CSIO 5*Dublin, CSIO 5* Rome plus LGCT wins

Lorenzo said: “I am very excited to work with Emily Moffitt and the Poden Team.  Emily is already an established rider and I look forward to strengthening her talent and aiming for new goals.

“Poden Farms is looking to produce more young horses in the future which I am very passionate about and with my experience look forward to taking these horses up the rankings to the top of the sport.”