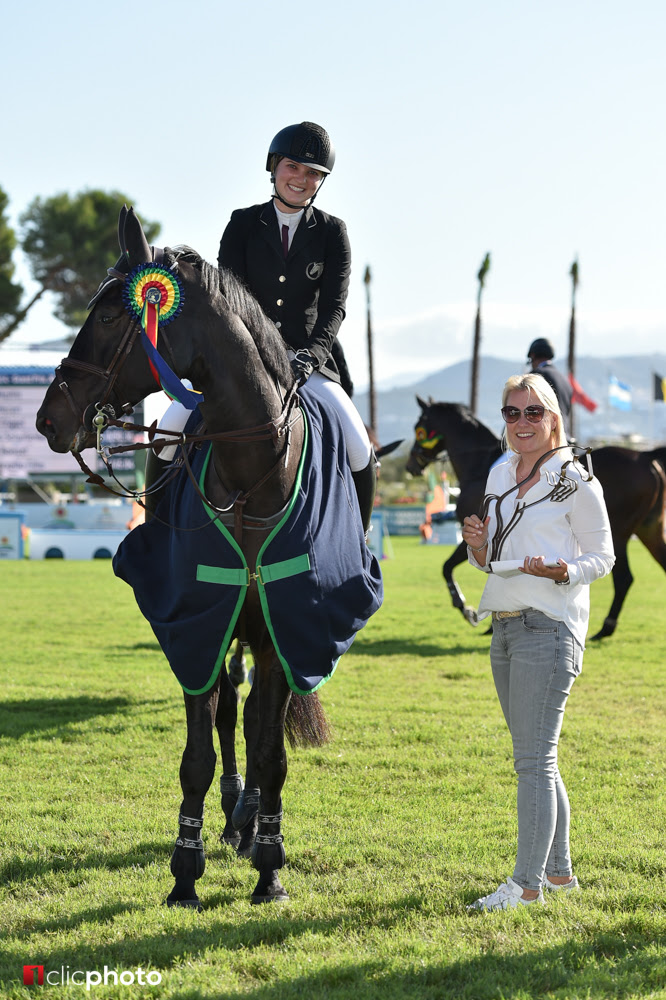 “I haven’t had Galip for so long. We just decided to take a chance on him,” said Moffitt. “He is very different from my other horses. He is really strong, but I absolutely love him! This is the first weekend I’ve gone faster on him and he is so quick. He has a huge heart and we just love him!”

Germany’s Frank Rothenberger set the 1.45m, 12-obstacle-course for the competition that saw 46 horse and rider combinations.  Fourteen proceeded to the jump-off, vying for the lump sum of the winners purse and points towards the Longines Rankings. First in the order, Moffitt set an unbeatable time of 47.17s to end the day in 1st place on the leaderboard.

”The course in the first round was difficult for me because [Galip] has such a big stride. I just did what Ben [Maher] told me to do, which ended up being [to] add strides in a few places compared to what others did,” said Moffitt. “I think the course designer set up [the jump-off] really well and he gave us options. Some riders that chose to go inside to that one vertical had a rail down or a stop. I actually thought about going inside, but I couldn’t do it – and it ended up [working] in my favor.”

“The course was really good. It was well built and nice to ride, and the footing is good,” said Hecart. [Vahinee] is unbelievable, she is only eight. She jumped her first 1.30m class one year ago, so she has improved so much. I think she is unbelievably careful and is going to be able to jump big classes.”

The Autumn MET resumes on Tuesday with the five, six, and seven-year-old horses in action as the second week of competition gets underway.